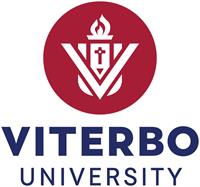 Join us for an engaging two-day conference held at the Weber Center for the Performing Arts located on the banks of the beautiful Mississippi River in La Crosse.


Lodging
Home 2 Suites by Hilton has reserved a block of rooms for the conference. For reservations, click on this link. Or you may call 608-881-6666 and ask for the Viterbo Servant Leadership block rate ($109 + tax). Reserve your room by Sunday, May 26 to ensure availability and to receive the discounted rate.

Courtyard by Marriott Hotel has reserved a block of rooms under the name "Servant Leadership Conference." The room rate is $145 + tax. To reserve a room, contact the Courtyard at 608-782-1000.

Community Leadership in the 21st Century

Since 1966, Margaret Wheatley has worked globally in many different roles, as a speaker, teacher, community worker, consultant, advisor, formal leader.  She is the best-selling author of nine books, from the classic Leadership and the New Science (1992) to her newest book, Who Do We Choose To Be? Facing Reality, Claiming Leadership, Restoring Sanity (June 2017).

Wheatley is co-founder and president of The Berkana Institute, a nonprofit that supports emerging leaders and emerging ideas about how to organize in life-affirming ways.  She received a doctorate from Harvard University in 1979 in Administration, Planning and Social Policy.  She was inducted into the Leadership Hall of Fame of the International Leadership Association in 2014, and the American Society for Training and Development dubbed her a 'living legend' when they honored her with their highest award for contributions to workplace development.

Derek Cortez, CEO of Chileda
Derek Cortez is the current CEO of Chileda, an organization whose mission is to improve the quality of life for children/adolescents with severe autism and other cognitive challenges.  Chileda's residential and day school program serves on average 60-70 children and employs more than 200 people.   Cortez is an adjunct professor in the MBA program at Viterbo University.

Anne Finch, CEO of Logistics Health Incorporated (LHI)
Prior to being named CEO, Finch served as CIO of LHI for nearly four years overseeing the Information Technology department. In this role, she helped grow in LHI?s capabilities and lead strategic planning.  Before joining LHI, Finch was Vice President of UnitedHealth Group Solution Support Services, where she oversaw a team of 1,500 IT professionals around the world. Finch has 35 years of broad-based experience in Information Technology, at US Bank, St. Jude Medical, Assurant, Fortis, Health Partners, Arthur Andersen, MedVision, MedPower and MidWest Federal. She holds a Doctorate in Organization Development, a Masters in Software Engineering from St. Thomas University and a Bachelor Degree in Business Science from the University of Minnesota, as well as degrees in Computer Operations/Computer Programming from Century College.

Jerry Jendusa, Co-Founder and Partner at STUCK, LLC
Jerry Jendusa is a passionate entrepreneur, author, and speaker, whose goal is to help small to mid-sized businesses get unstuck. For 18 years, he was the Co-Founder, majority owner, Chairman, CEO and President of EMTEQ. During this time, his team came across many situations that got them stuck. They responded by creating strategies, processes, and tools that revolved around the execution of a Single-Page Plan. From creating a culture of growth, establishing accountability, empowering staff, and using the Single-Page Plan to unite everyone to one vision, they were able to get unstuck. By learning from our mistakes, EMTEQ grew from a basement start-up to an international 100M business.

Jim Kingen, Human Resources Business Partner at Southwest Airlines
Jim grew up outside of Chicago in northwest Indiana.  After graduating from high school he spent a few years in the Navy before returning to his home state where he studied business and human resources at Indiana University.  After receiving his Bachelor?s degree Jim moved to Colorado where which has been home for the past 20 years.  During this time Jim held various HR roles in medium and large companies including; Time Warner Cable, Dish Network, Carquest Autoparts and EchoPark Automotive.  Jim also earned a Master?s Degree in Organizational Performance and Change from Colorado State University.  Currently he works as Human Resources Business Partner with Southwest Airlines supporting Ground Operations for their Denver Region.  In this role Jim advises leaders in all areas of People Strategy including organizational effectiveness, employee engagement, performance management, and leadership development.

Adrian Lipscombe, Owner of Uptowne Café and Bakery and Urbanlocity
Adrian Lipscombe opened Uptowne Café restaurant on the northside of La Crosse to create a catalyst of urban change, and at the same time she works with the community to help revitalize the area.   Lipscombe also holds a master's degree in architecture and is currently finishing a Ph.D. in Urban and Regional Planning.  She was the first planner in Texas to place bike share systems in the large cities of San Antonio and Austin.  Lipscombe is an advocate for equality in land use and transportation.  She consults, along with her firm Urbanlocity, with cities around the world on the revitalization of communities.

John McHugh, Director of Corporate Communications, Leadership Development, and Training at Kwik Trip, Inc.
John McHugh has helped Kwik Trip achieve recognition as a Top Workplace as listed by the Milwaukee Journal Sentinel, the Minneapolis Star Tribune and the Des Moines Register.  Prior to joining Kwik Trip in 2004, McHugh was an instructor and principal at Aquinas High School in La Crosse. He holds degrees from the University of Saint Thomas in Saint Paul, Minn., and the Gregorian University in Rome, Italy. McHugh sits on the board of Friends of Wisconsin Public Television, Trust Point, National Mutual Benefit Society, Marywood Franciscan Spirituality Center and the Mayo Clinic Health System in La Crosse.

Dave Skogen, Philanthropist and Founder of Festival Foods
Dave Skogen has been in the grocery business for over 50 years.  In 2005, Dave was named ?Wisconsin Grocer of the Year.?  He is past president of the Onalaska Rotary and an active supporter of United Way. He was honored as a hometown hero by President Clinton in 1998. Other honors include: Oktoberfest Torchlight Parade Marshall in 1981, Recipient of the Paul Harris Fellow Award from the Onalaska Rotary, Iverson-Freking Award in 1997, and the Boy?s and Girls Club Wall of Fame in 2003.  In 2007, Dave and his wife, Barb were named ?outstanding philanthropists? by the Association of Fundraising Professionals ? Upper Mississippi Valley Chapter.

Tom Thibodeau, Distinguished Professor of Servant Leadership at Viterbo University
Tom Thibodeau is a faculty member of Viterbo University where he has been teaching for he past 35 years. He is the founder of the Master's degree in servant leadership at Viterbo, the only master's degree of its kind in the nation.   Thibodeau is a nationally recognized speaker who provides leadership and organizational culture development consulting to health systems, school systems, large cooperatives, communities, and organizations of all sizes across the U.S.  He has been serving the La Crosse community for more than 20 years through his leadership on a number of community boards and committees and as founder and active member at Place of Grace, a local Catholic Worker House.

Shaundel Spivey, College Connections Manager at Western Technical College
Shaundel Spivey is an activist and educator.  In his previous role, as the cultural liaison at the La Crosse School District, Spivey created and coordinated the annual Black Youth Summit.  He also created an organization of black community leaders called Black Leaders Acquiring Collective Knowledge (B.L.A.C.K.). The organization raised more than $70,000 to sponsor a week-long trip for black and multi-racial youth to travel to historically black colleges universities, and visit cultural attractions in Washington, D.C.  Spivey has received numerous awards for his work in the black community from community leaders and organizations including the 2018 Martin Luther King, Jr. Leadership Award.

Don Weber, Founder and Chairman of Logistics Health Incorporated (LHI)
Weber has more than 30 years of experience in designing and implementing creative health service programs.  In 2010, under Weber?s leadership, LHI was awarded the highest honor given by the U.S. Department of Defense to an employer, the Employer Support of the Guard and Reserve Freedom Award, in recognition of the company?s support of its Service member employees.

Weber was named Wisconsin Entrepreneur of the Year, and the U.S. Chamber of Commerce has created the Don Weber Wounded Warrior Employment Award in his honor. Most recently, he was honored to receive the prestigious Nathan Hale Award from the Reserve Officers Association. Weber also serves on the Board of Trustees for Viterbo University and the La Crosse Area Family YMCA.

We look forward to seeing you. In the meantime, if you have logistical questions, contact Nicole Van Ert at 608-796-3616 or email at  nmvanert@viterbo.edu.